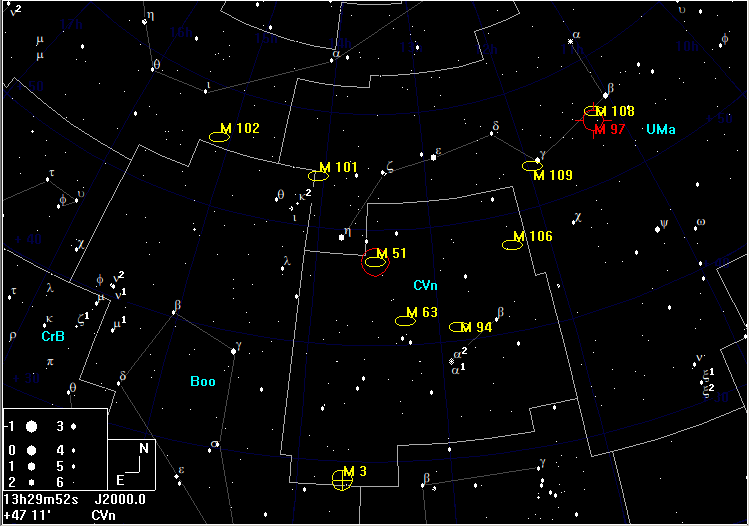 I usually find this by estimating it to be at the toe of an L whose upright is the line from Mizar (z UMa) to Alkaid (η UMa). If it is difficult to see, I hop one field WSW from Alkaid to 24 Cvn, then 2°SSW. M51 is found at the NE apex of an approximate equilateral triangle that it makes with two 6th magnitude stars. 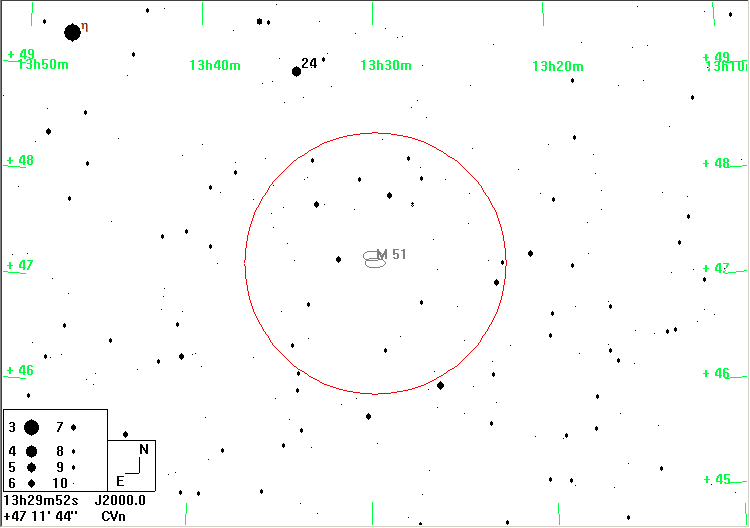 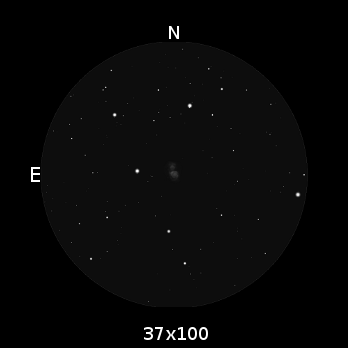 The key to seeing the Whirlpool is a dark transparent sky. In good conditions, it is very obvious in big binoculars, as is its companion NGC 5195 which shares the same background glow, but do not expect to see the spiral structure that was first detected by Lord Rosse in the 'Parsonstown Leviathan'.