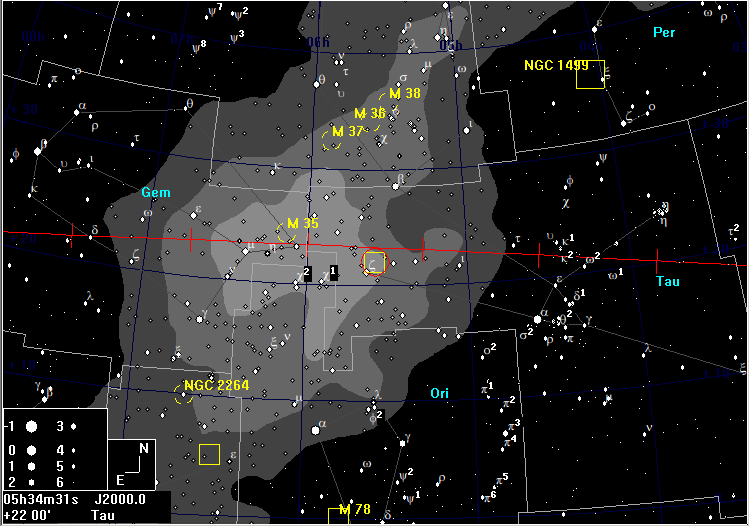 Place ζ Tau at the SE edge of the field, and M1 will appear in the middle. 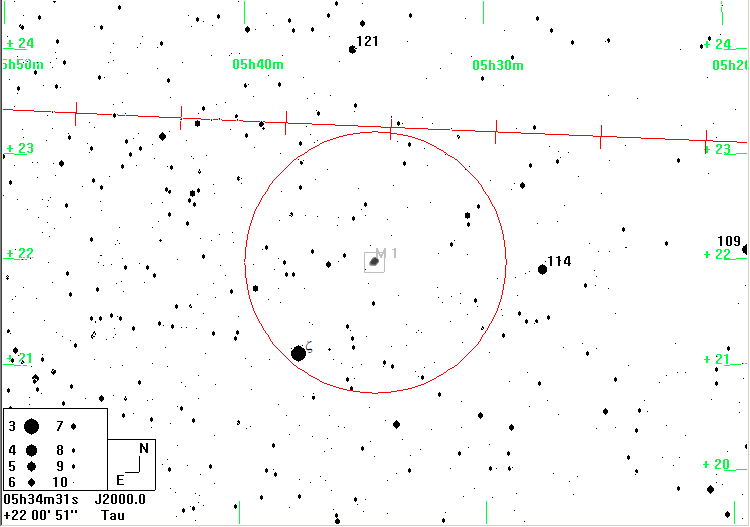 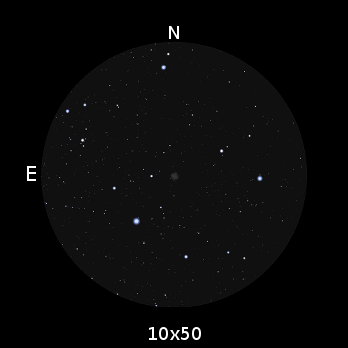 In the year 1758, on the night of August 28, a young assistant at the Naval Observatory at the Hotel de Cluny in Paris discovered what appeared to be a comet in the constellation of Taurus. This young man had been charged by the observatory director (Joseph Nicholas Delisle) to find Halley's Comet, the return of which had been predicted for that year. The assistant was unable to observe again for two weeks and, when he did, his new 'comet' had not moved. This object in Taurus became the first object in the young Charles Messier's catalogue of 'fuzzy blobs' that should not be mistaken for comets, and thus he sowed the seeds for many sleepless nights, around the end of March and beginning of April, for amateurs who attempt his eponymous 'marathon' of observing the entire catalogue between dusk and dawn.

The object in Taurus was later found to be the remnant of a supernova of 1054, that was visible for two years and was even briefly a daylight object.

For all that illustrious past, M1 is a fairly boring object to observe with binoculars; it shows as nothing except a small fuzzy patch which is difficult to see unless the sky is very dark.