Charts for 70mm Binocular (4° aperture circle).   Click on a chart to print it. 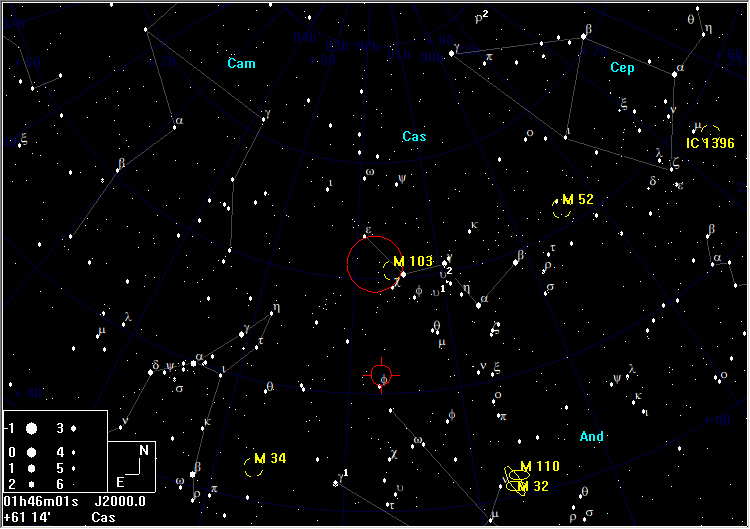 Visible in the same 5° field as δ and ε Cas. 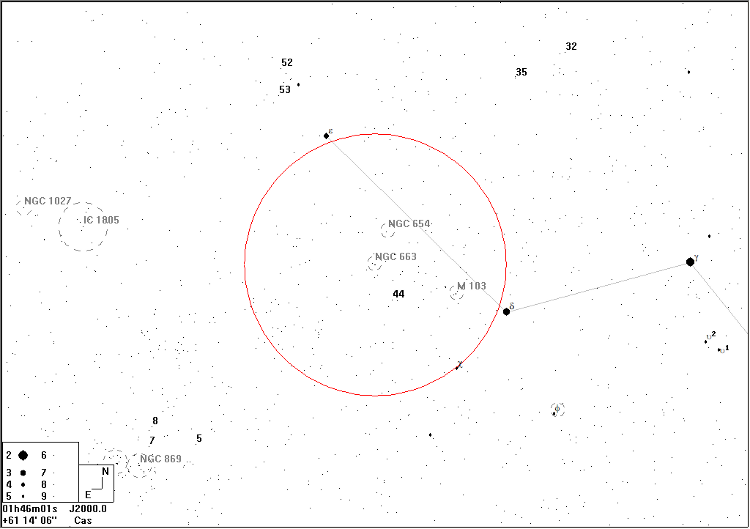 Part of the "Cassiopeia Triple Cluster" group NGC 663 is superior in every respect to the nearby M103 and, unlike M103 which appears as a small fan-shaped patch of nebulosity, some of the stars are resolvable in 10Ã—50 binoculars. The four brightest stars appear to be separated into pairs by a dark lane.

The poorest of the trio is NGC 659, a tiny ghostly glow which may need averted vision, just on the NGC663 side of the star 44 Cas.