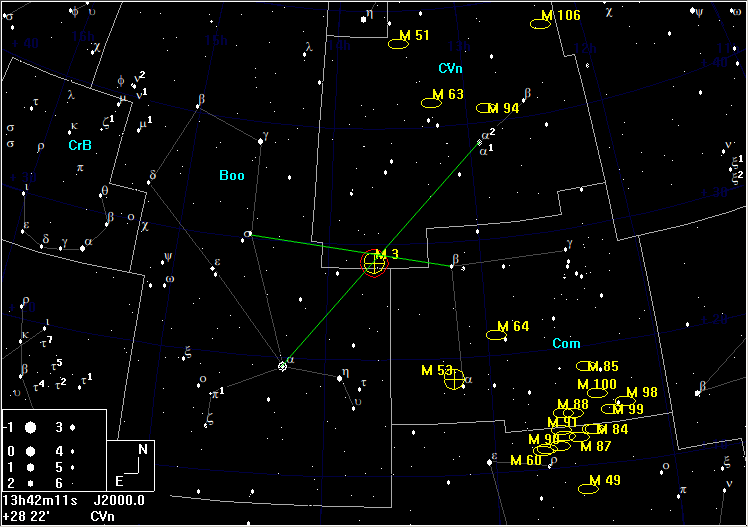 I usually find M3 by imagining the intersection of a line from Cor Caroli (α CVn) to Arcturus (α Boo) with one from β Com to ρ Boo; if M3 is not in the field, it is slightly towards Arcturus. Alternatively, start your hop at β Com. M3 is 2½ fields E. It is a degree S of a line joining β Com to ρ Boo. 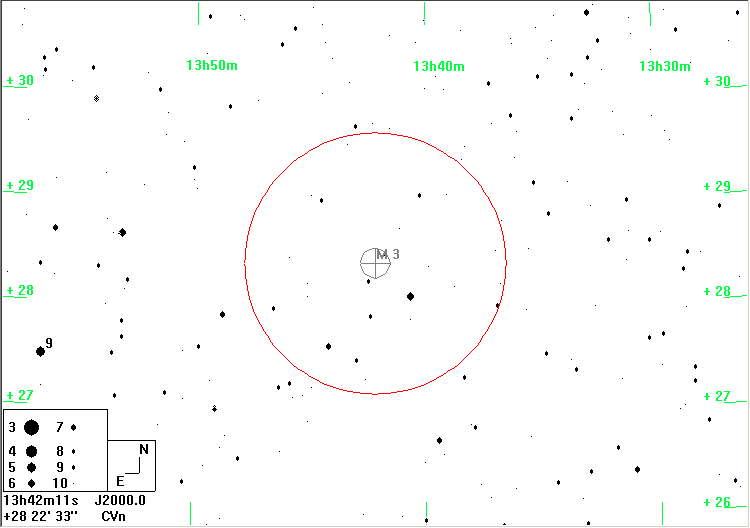 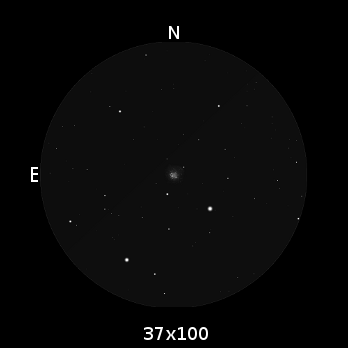 M3 is a large, bright, obvious cluster which, at ×37 shows distinct brightening to the core. It is only slightly smaller than the better known M13 (18 arcmin vs. 10 arcmin) and, in my opinion, is a better binocular object. This is because it is "looser" around the periphery and hence requires less magnification to resolve the outer stars.

The 6th magnitude star slightly to the SW is yellowish.