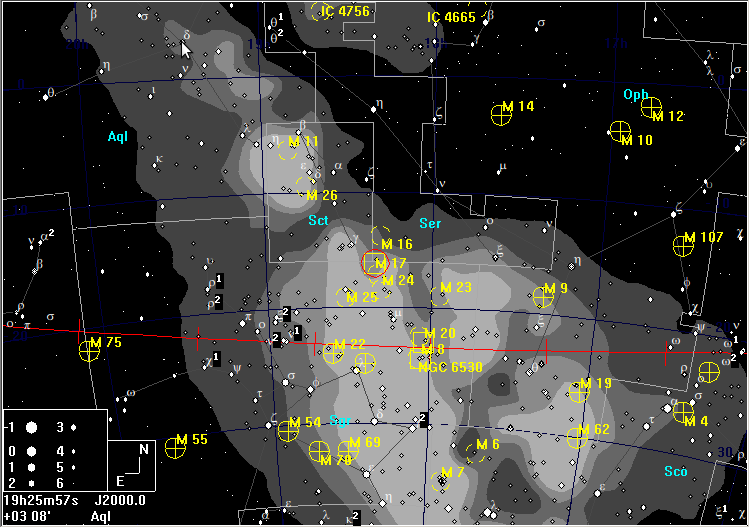 The Omega Nebula forms forms the southern apex of an equilateral triangle with ? Sct and M16 as its other apexes. 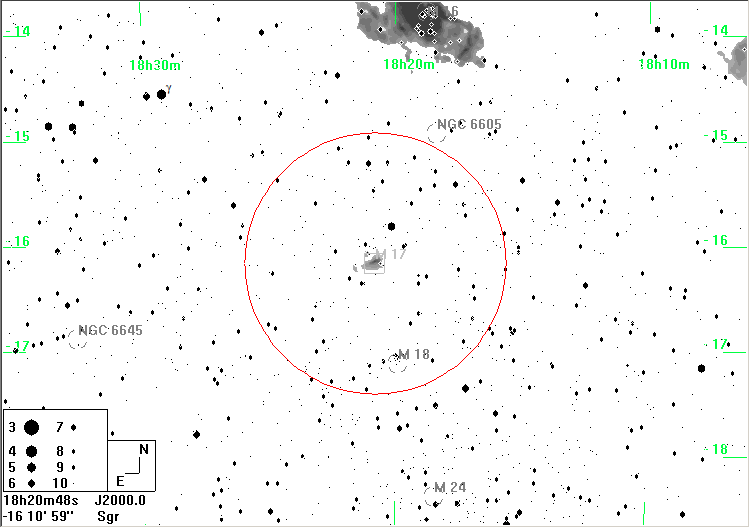 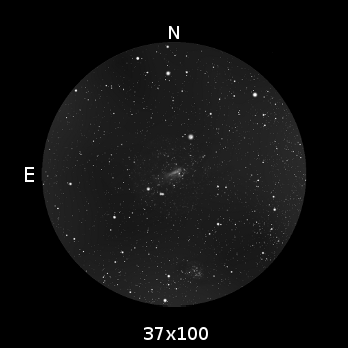 The initial impression is of an elongated glimmer of greyish light. Under examination with averted vision (or a UHC filter) an extension appears to the SW of the glimmer, giving the nebulosity the appearance of a tick (check-mark) rather than an omega or a swan.

Also in the region is the somewhat unimpressive M18. About 15 stars are visible in this rather sparse open cluster. The other open cluster shown in the chart, NGC 6605, is even less impressive: it is entirely non-existent. It is one of several objects in the NGC catalogue that does not actually exist.